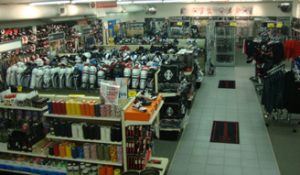 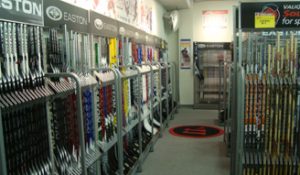 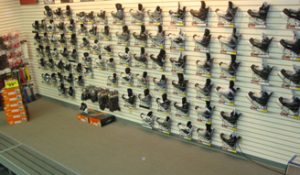 When the hockey sticks, ball gloves, bats and skates over flowed his basement and he started storing the Sherwood hockey sticks underneath his bed, Jacques Valiquette's had no other choice-- he had to open a store. So, in 1965, he rented some spaces on Somerset Street, emptied his basement, hung out this shingles, and an Ottawa institution was born: Valiquette's Sports. A place where just about every hockey, baseball or football player in Ottawa’s West end has bought something, at one time or another. Not bad for the son of an Ottawa Hydro caretaker. Born in 1938 in tough East view, now in Vanier, he started his working life as a coffee boy at Robert Campeaus Allied building supply store before switching to a life of hockey sticks and baseball gloves in his late 20s. Mr. Valiquette's – and his generosity – was well known in the minor sports community where he sponsored countless teams and excelled in the games themselves. He played on the 1955-56 Monagnards junior hockey team alongside the late NHLer and sportscaster Brian Smith and coached by the legendary Hugh Riopelle. He was such a strong left- handed baseball pitcher and he had two tryouts with the major league organizations. In the early 1980’s, he became a central player on an Embrum Broomball team that won national championships. But, as much as he did on the ice and field, he’ll be remembered as a man who was committed to Ottawa’s sports scene. Ever since that day in 1965, when he opened his first store in a tiny, cramped building on Somerset and Arthur streets, he sponsored teams.

“Sometimes teams or associations just didn’t have enough money for sweaters, and he’d come to me and say, Let’s try to make this work” said Gerry Larkin, who helped with the books since Day 1.

"Let’s try" really meant it was on him. He did that all the time. The business eventually moved across the street to a larger store with an attached warehouse. Then to an old house at the corner of Wellington street and Hurron Avenue North. In 1998 the business moved to the 1740 Carling Avenue. On a ridiculously cold morning in 1981, a 13 year-old boy ran into the store on Wellington Street with a pair of dull skates. He was getting late for a game, but the skates were dull. When he got back to the first floor, where the skate sharpening was done, his heart sank. There were at least two-dozen pairs waiting to be done before his. The boy turned around and started out of the store with his head down. Mr. Valiquette's, behind the counter near the door, saw the boy and asked:

The boy passed over the skates and watched as Mr. Valiquette's felt along the blade.

He took the skates back, excused the man at the sharpening wheel, and did them himself. When he got back to the counter the metal blades still hot, the boy reached into his pocket for the two-dollar bill his mom had given him. Mr. Valiquette's held up his hand. "No you keep that and have a Coke after the game", he said. The boy smiled and headed out.

I did, and the Coke tasted great.